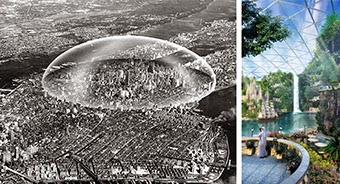 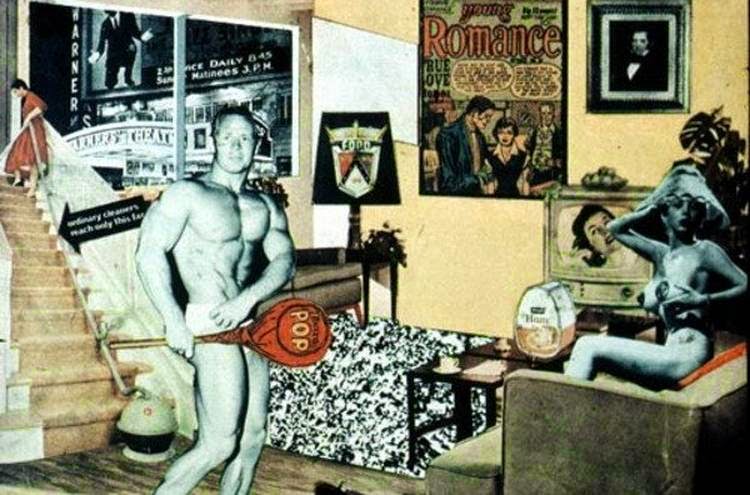 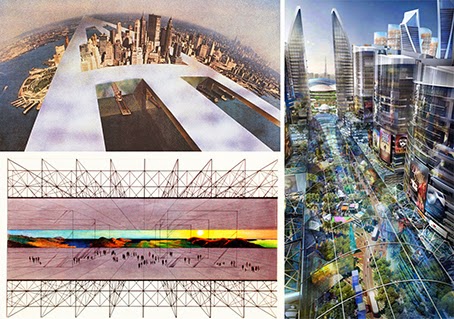 Super Dubai.
“If you want to know everything
about Andy Warhol, you don’t have to do anything more than to look closely at
my paintings, my films and at myself, where you will find me. There is nothing
else behind them.”
Without falling into the
fascination that causes me Dubai, I would say that the hypothesis which has
surrounded its development since similar precepts were born in the avant- garde
era of the 1960s. I say this because the innovation of plastic art forms since
this period is the reason why the relationship between structure and
superstructures of the capitalist social system took their time to develop (compared
to the understanding of innovation as a ripe fruit of creative freedom from a
previous romantic perspective).
Obsolescence, the new figuration,
the designated object, the icon, the “pop” mechanical reproduction,
minimalism, indiscipline and the game are concepts that have been used by Dubai
from avant- garde and allow us to get a better understanding of the city as a strict
process of visual arts from two different perspectives, the first focusing on
architecture as a constructed object and the second, understood as the space.
1. Architectures-object
The Palm, The Jumeirah Hotel, The Burj
Al Arab or The Burj Khalifa would come under the first category, in which the plastic
front space (presumed as the second), qualifies the object. This trend shows the
uniqueness, the detail, the partiality, the culture of the construction, the technology
and the form. Ultimately, it values ​​the object in all its ways as it is
inevitably meant to be- an icon. It represents itself for its
“popular” character and it will be instant hit in the world of
advertising, television, film, etc … ie the iconic repertoire of mass
culture. Since its inclusion in this obsolescence category is inevitable, people
might even say it is planned. “The well-known work: Just what is it that
makes today’s homes so different, so appealing? It still would serve as an
illustration of this position “pop” of Dubai.
2. Architectures-space
The Dubai Marina, The Dubai Mall,
The Mall of the Emirates and, above all, the future Mall of the World represent
the opposite view, where the space should manipulate and control the shape, and
be dependent on the combining parts and the unity is its main quality. The architectural
theory usually demands more unstable qualitative concepts such as density,
light or empty space … of course they are used in the architectural field.
In this category we
also find a distinctly avant-garde process in its playfulness, it multiplies, it
copies and the industrial processes of this popular image unfolds seamlessly
under the roof that allows essence, like when Banham coined the well tempered
environment. Anticipated visions of Superstudio or Archizoom (the latter
explicitly historical avant- garde) are deployed now in Dubai without the
critical weight of Italian dystopias. Even The Fulleriana dome over Manhattan projects
an image of the future of what the Dubai visionaries have.
But now we admit that architecture
is neither one nor the other, architectural dialogue, inevitably moves between
these two categories and not in equilibrium, because their own space
conceptualization and hierarchy should order and dominate (even more so with
the climatic conditions of the area).
Fascinated, now yes, if the future
Superdubai proposes that experiments can be allowed to enter the scene, because
it exceeds the relationship between content and form. Operating with an
experimental criteria (if architects do not opt for the exit door first ourselves)
and participating strategically using a collective underground dialogue on the
new form is undoubtedly occurring. Although we find the Architectures-object and
Architectures-space too  heavy and
transformed into something meaningful by reproduction.
The objects with a simulation
status are dead. Long live the Sheik!
Compartir: