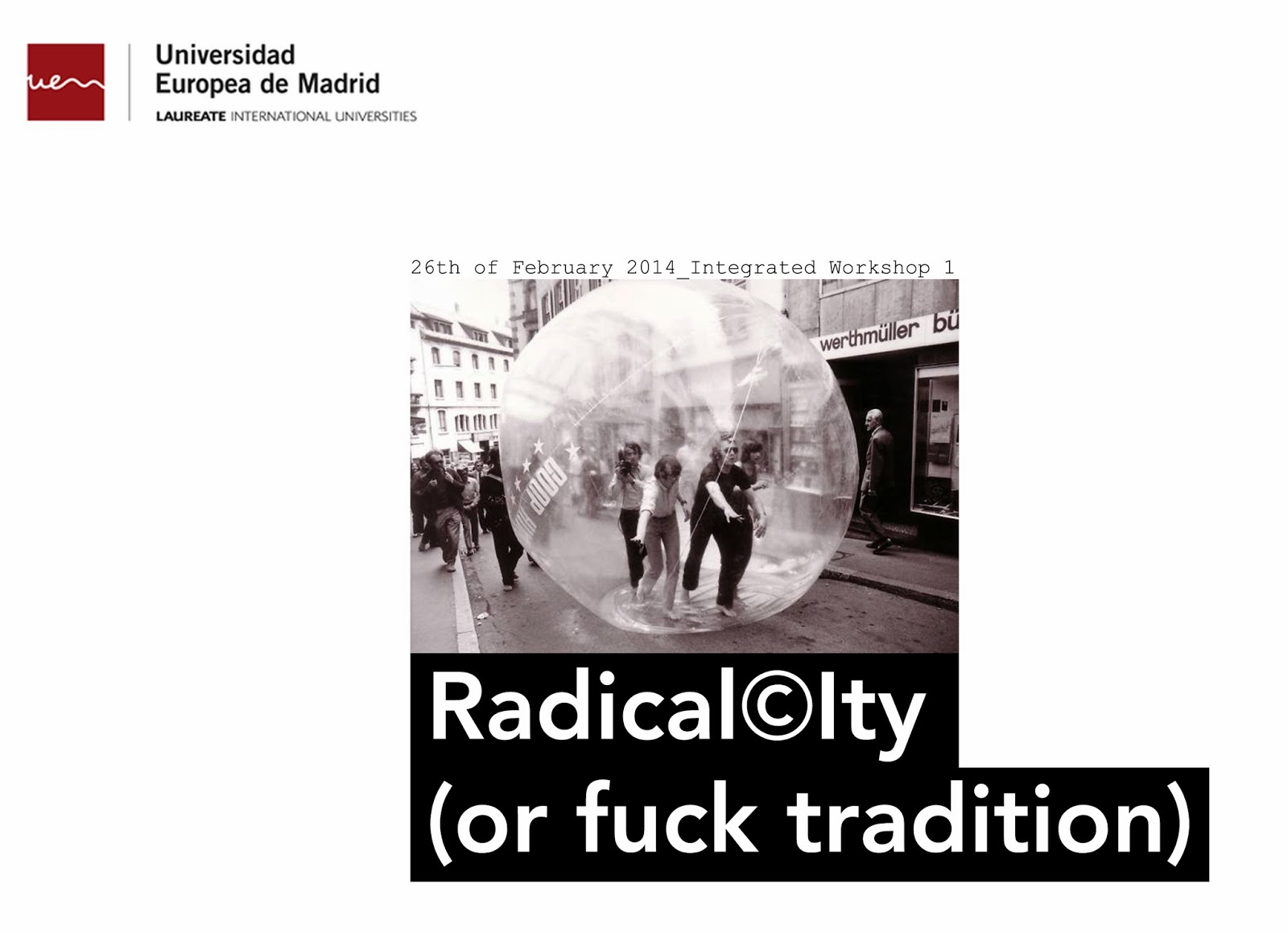 On February 26th, Miguel Luengo lectured within Integrated Workshop I about the radical (literally) vision of the city in the 1960´s 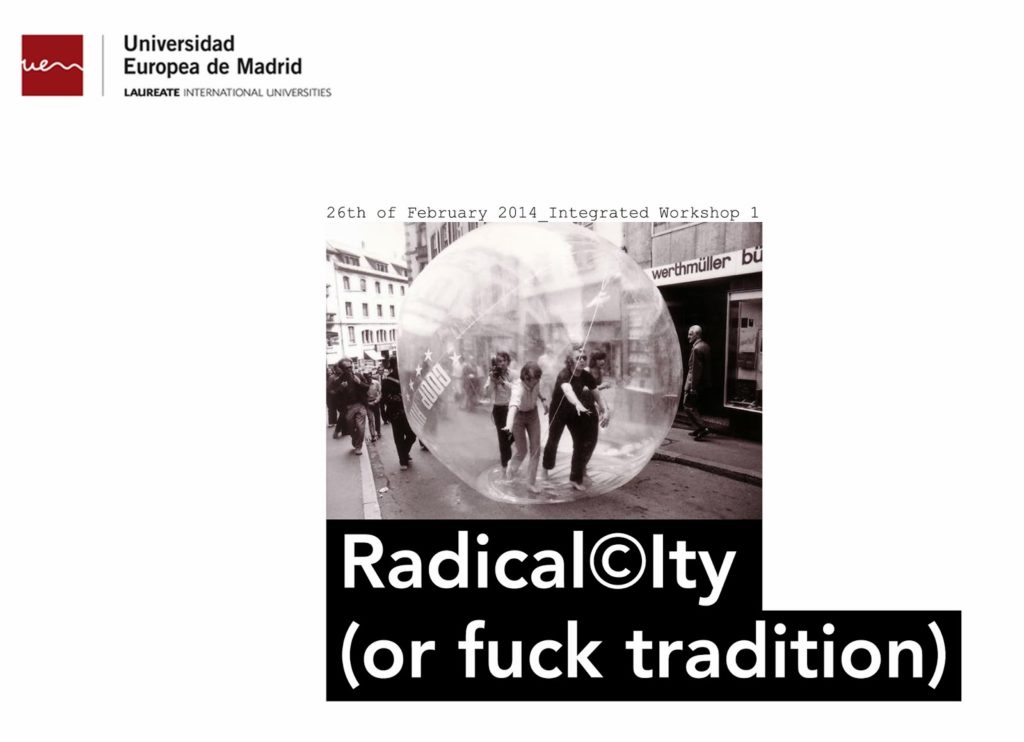 In the
beginning was the city (the counter-city)
Or rather:
the dreamt city
Well then.
But like
all urban  projects from the 60s, our
cities too were-for we’d never seen them-only intuited, the dissected
metrópolis of the world, NY, Reality laid bare. The vertical city, the
subterranean, pooled traffic transformers, the mobility of life, technology.
All that was and is real in NY.
All that
was added by dreaming was poetry; the city beats like a heart, the city flows
like breath. And an expanding sense of life fills up these imaginary cities.
Some have
confused this poetry of the city with utopia.

Phase 3: The absence of the city. Body and mind as conquest

To a large extent, narrow conceptual determinations and traditional definitions of architecture (urbanism), and the various means it deploys, are not valid nowadays. Our efforts are focused on the environment in its entirety and all the media that determine it. That applies to televisión and air conditioned, to transport and clothing, to the telephone, and to housing. Hans Hollein, 1967